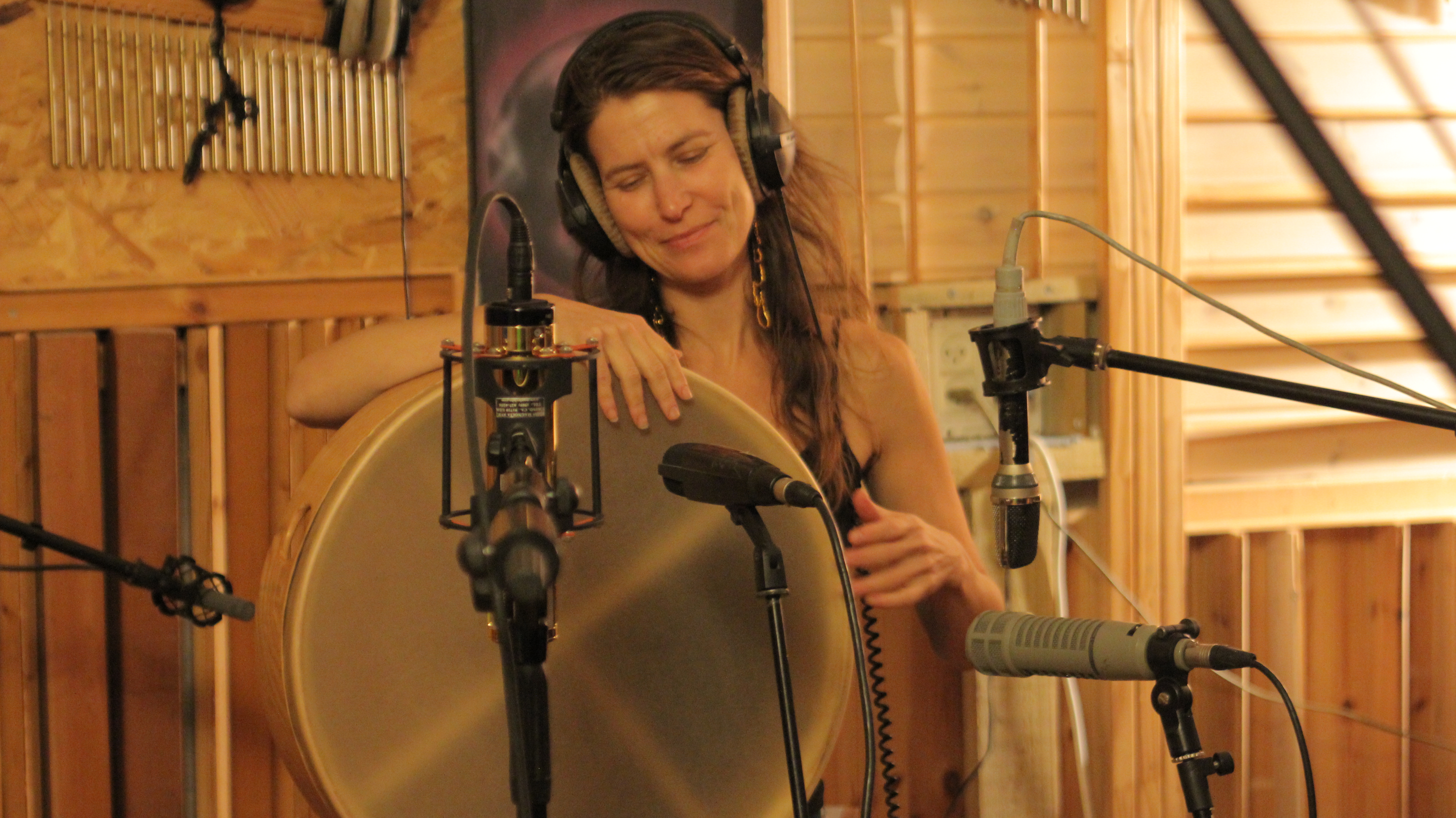 Marla Leigh Goldstein is one of the few female professional frame drummers in the world today. She is a Grammy-nominated percussionist and flautist, and an internationally-recognized educator, performer and composer.

As a classically trained-musician, Marla began playing at the age of three and never stopped. With a BFA and MFA in Percussion from California Institute of Arts, she studied under the great percussion masters Glen Velez, John Bergamo, Pandit Swapan Chaudhuri, Randy Gloss and Layne Redmond.

Marla is passionate about exploring rhythm from different cultures around the world. She loves bringing people together and sharing through the universal language of rhythm. Marla is CEO of Frame Drum Academy, a global community that currently hosts two signature programs, Frame Drum 101 (Beginner) and Frame Drum 202 (Intermediate) – and is enjoyed by frame drum students from around the world.  She also created her own line of signature frame drums with the Cooperman Company. Marla also serves as an artist and advisor for the #hitlikeagirl Drum Summit

Marla is incredibly excited to be releasing her own long-awaited debut album and music video in May 2020. Rhythms of Tof Miriam was recorded in Israel and brings together many exceptional artists, including acclaimed Israeli oudist Yair Dalal. Timeless but fresh, spicy but rich, mellow but uplifting, comforting but mysterious: That is the Tof Miriam experience!

Marla passionately believes in the power of music to help transform consciousness. As a composer, her music has been featured on Hala Khouri’s yoga DVD, “Yoga for Stress Release”, Janet Stone’s iphone Yoga application, the movie “Bold Native” and “The Cellist.” She was also commissioned to compose music for the University of Kentucky and Brooklyn Middle School.

Marla received a Bachelor and Master Degrees in Flute, Percussion and Composition from California Institute of the Arts, and has also studied at Ali Akbar College in San Rafael and at the Bhavan Center in London, England.